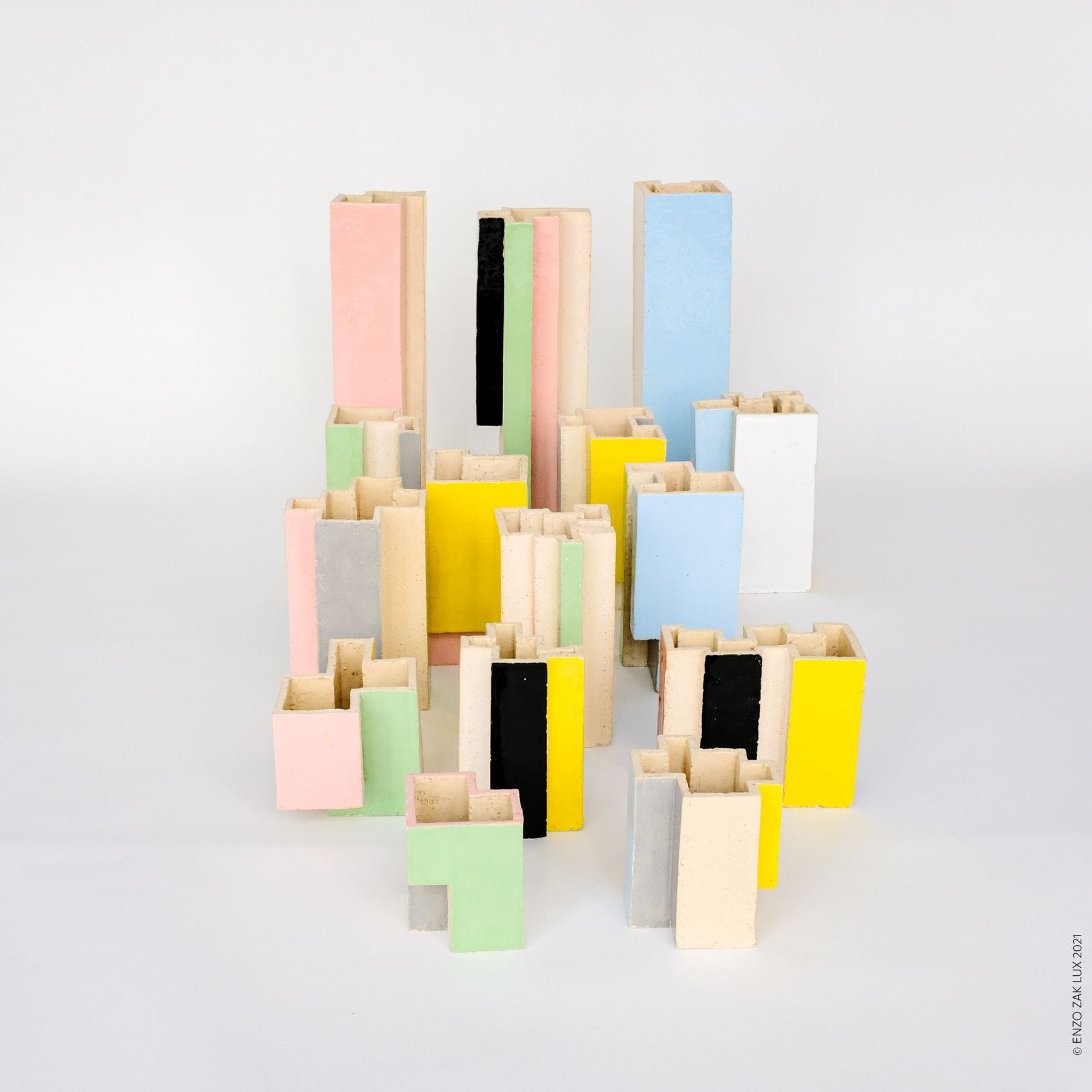 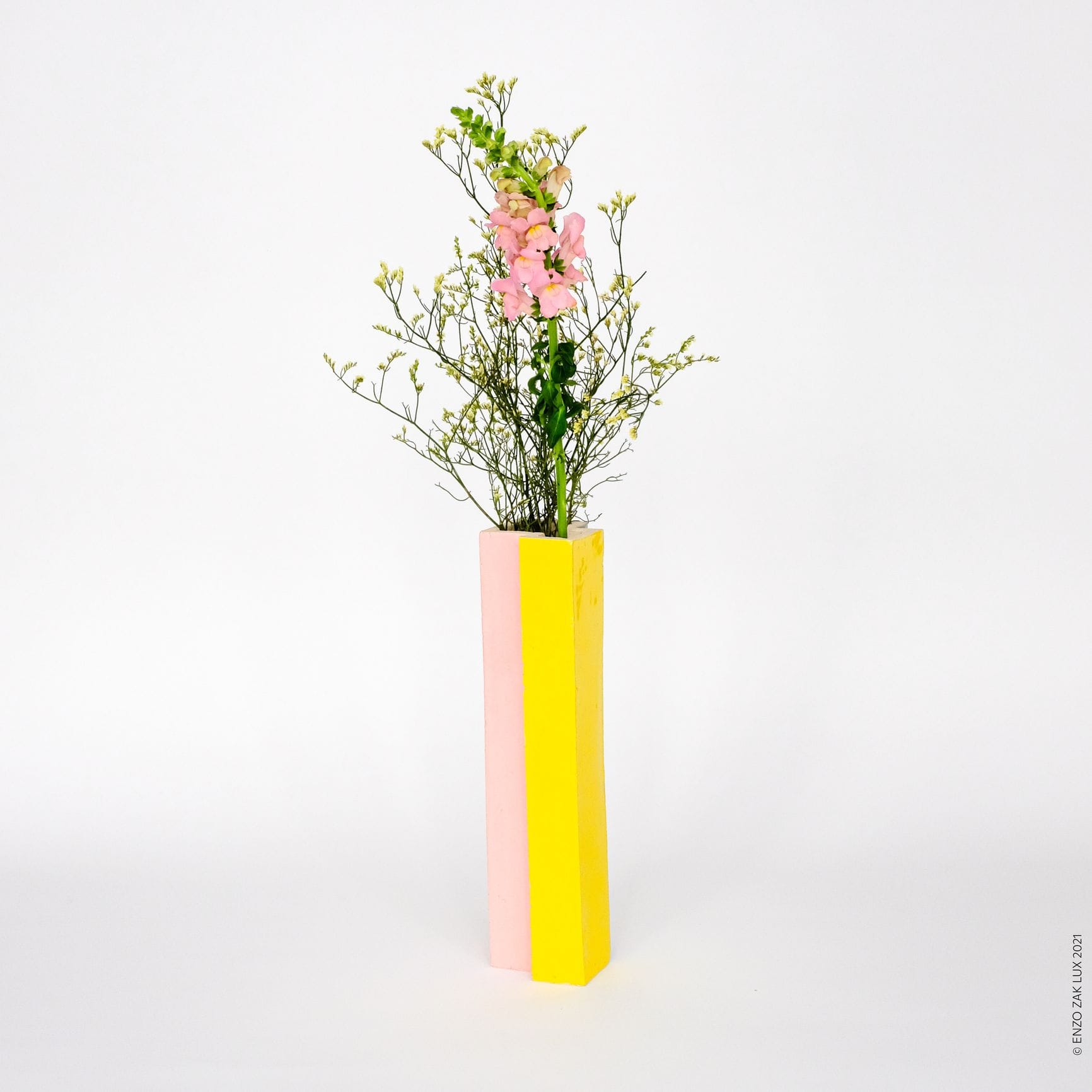 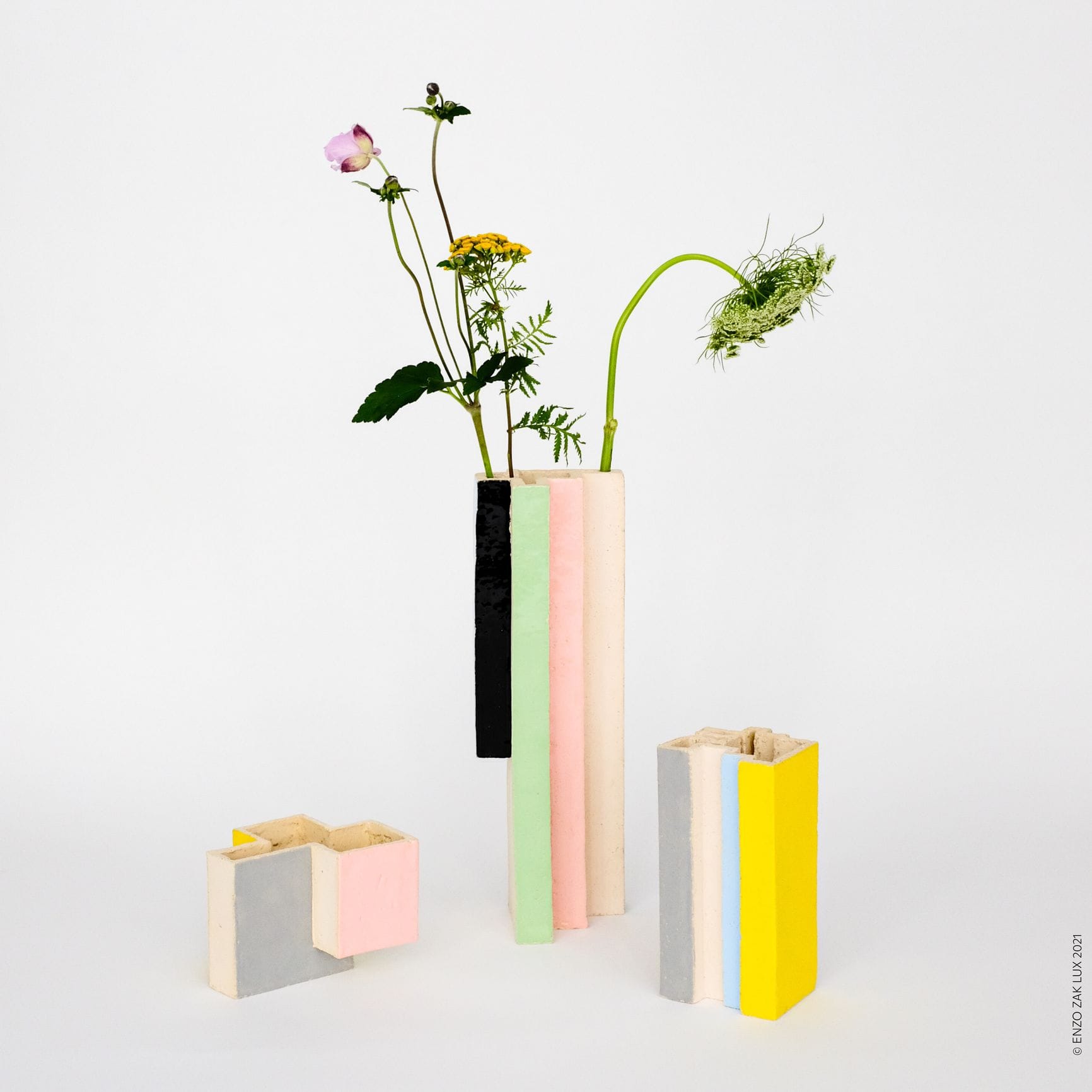 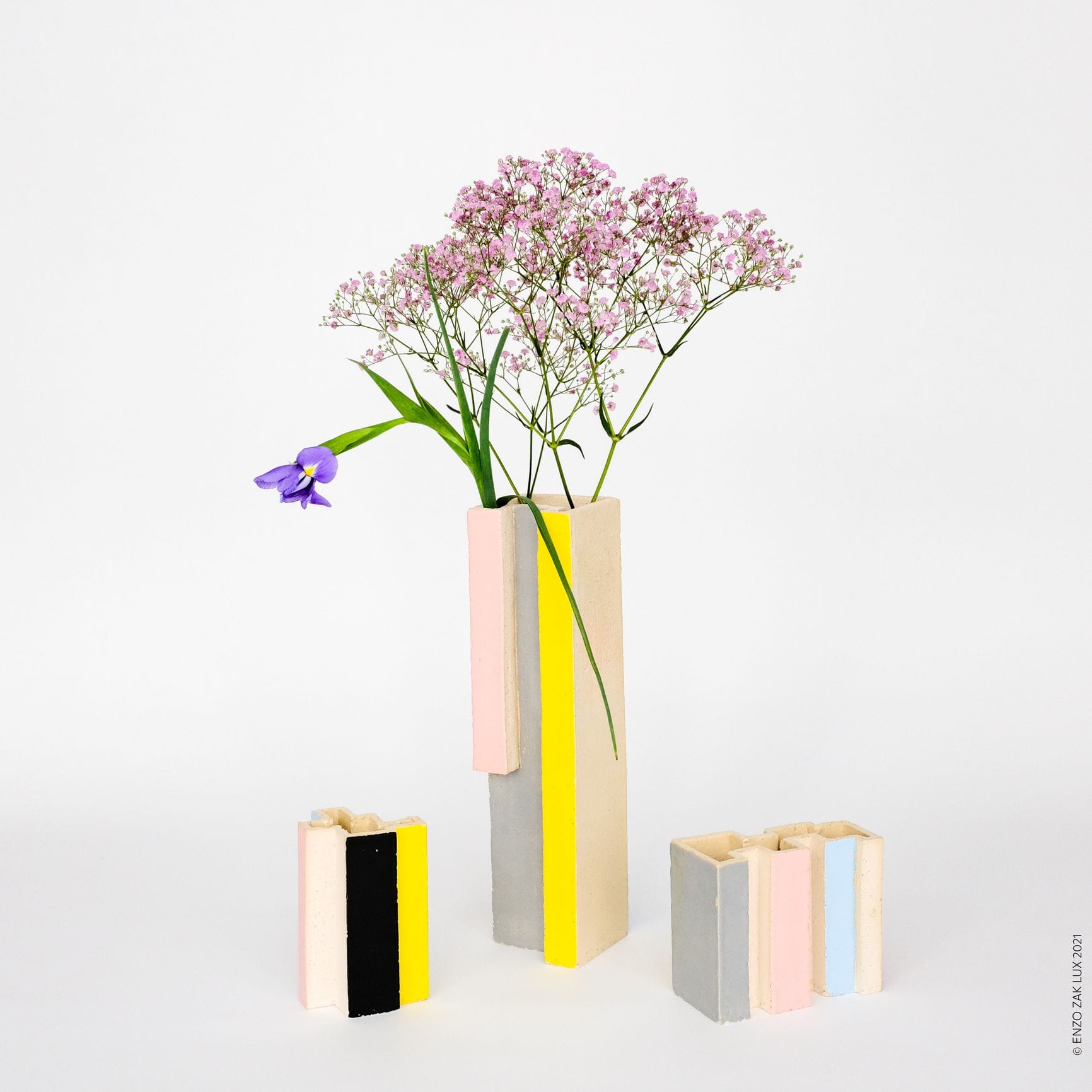 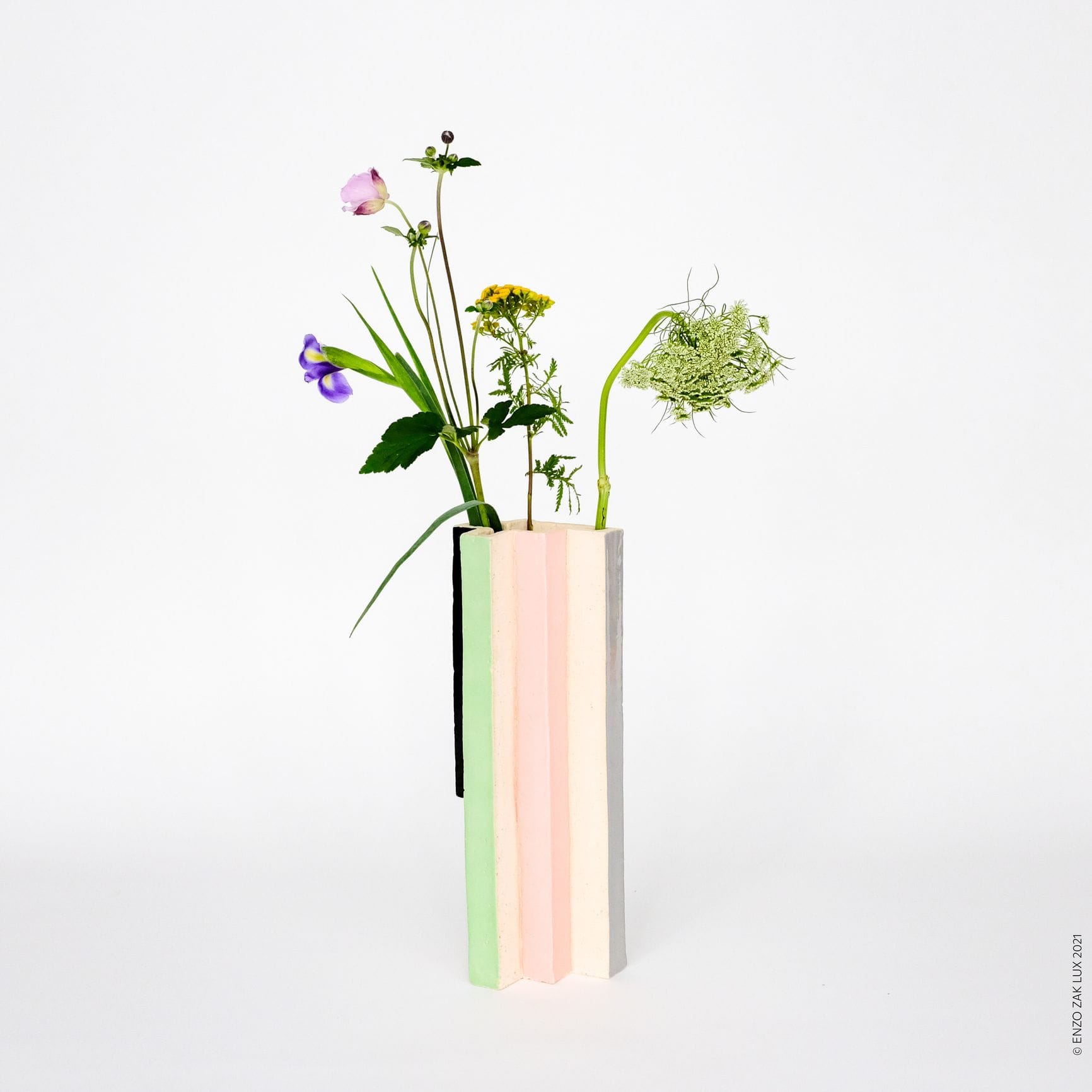 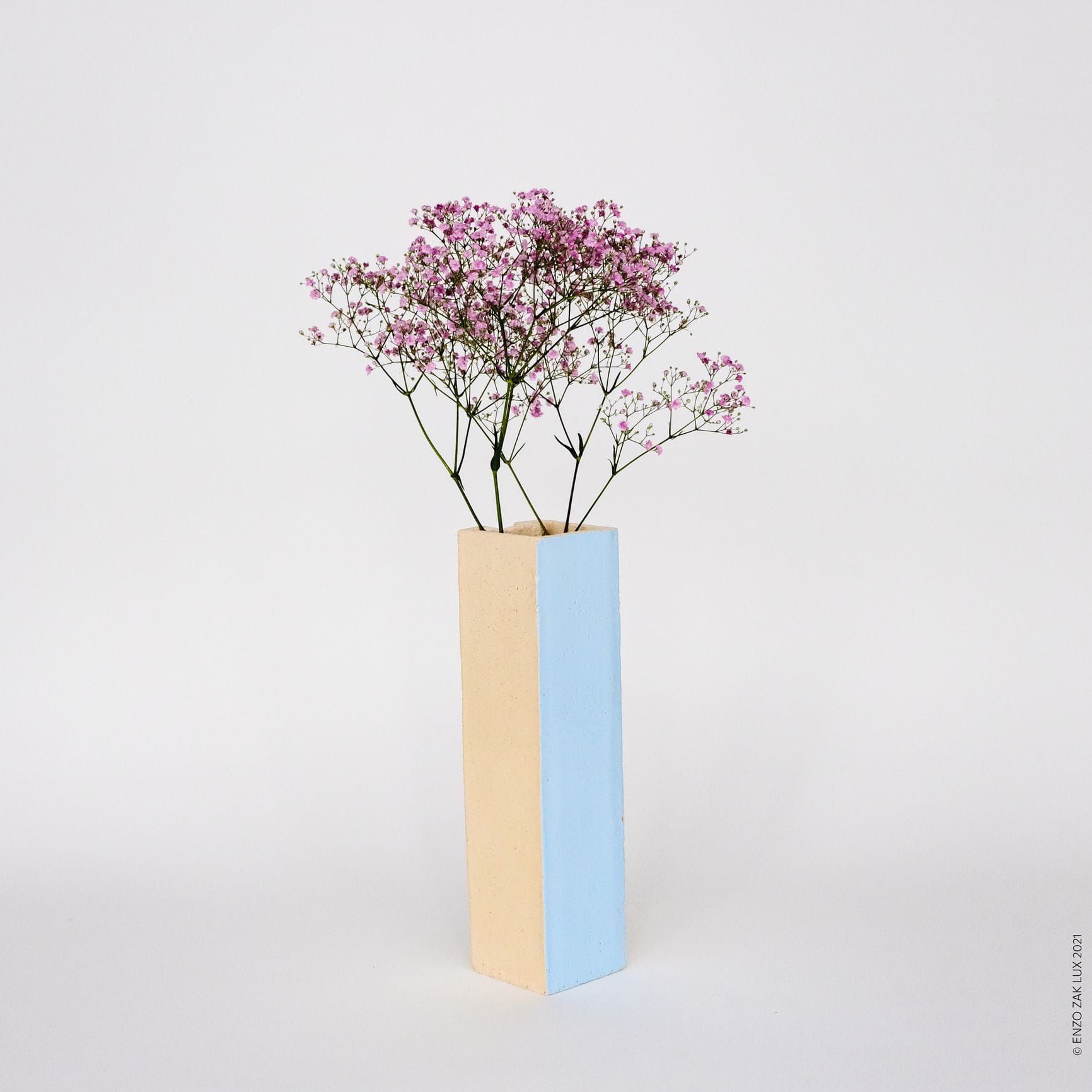 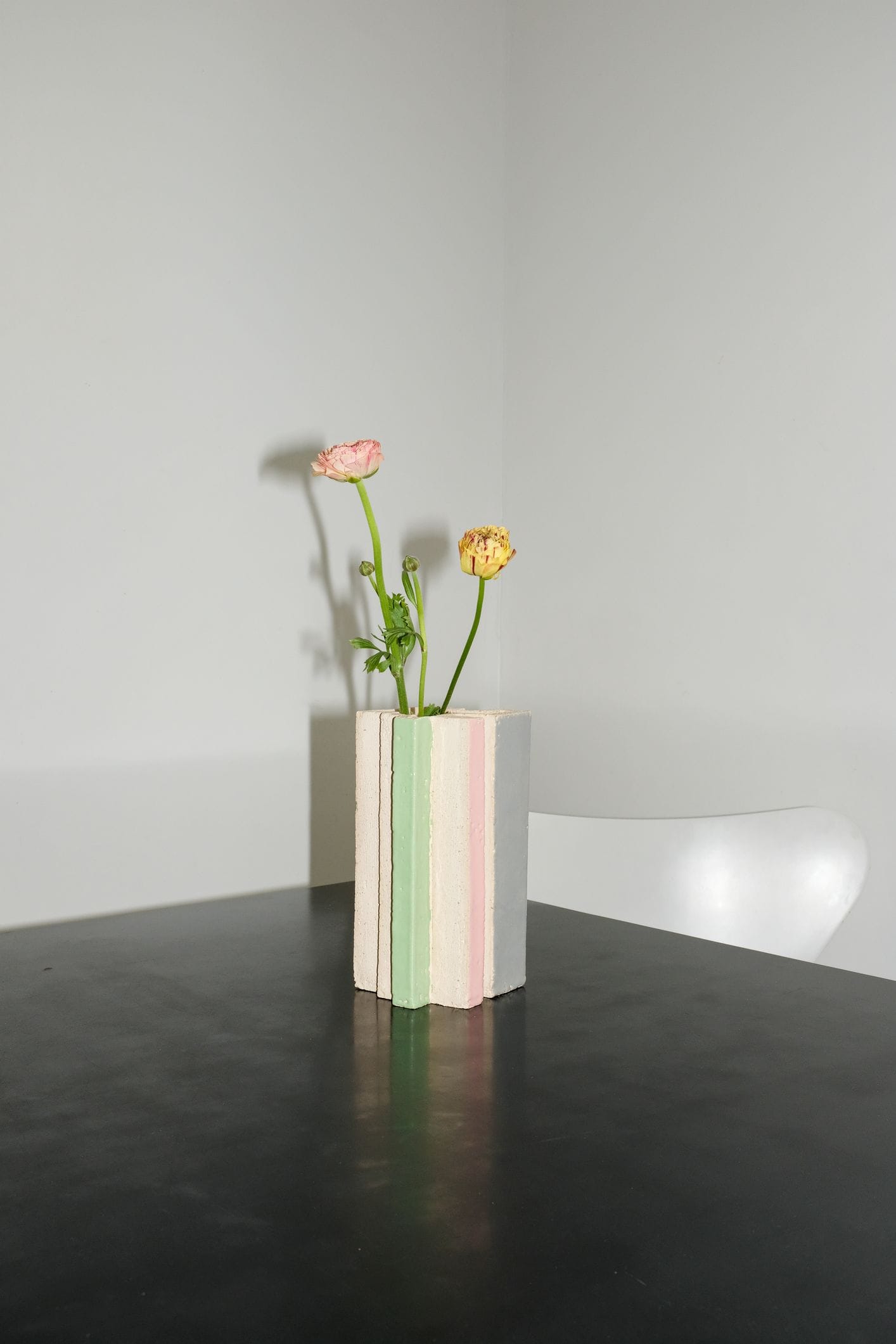 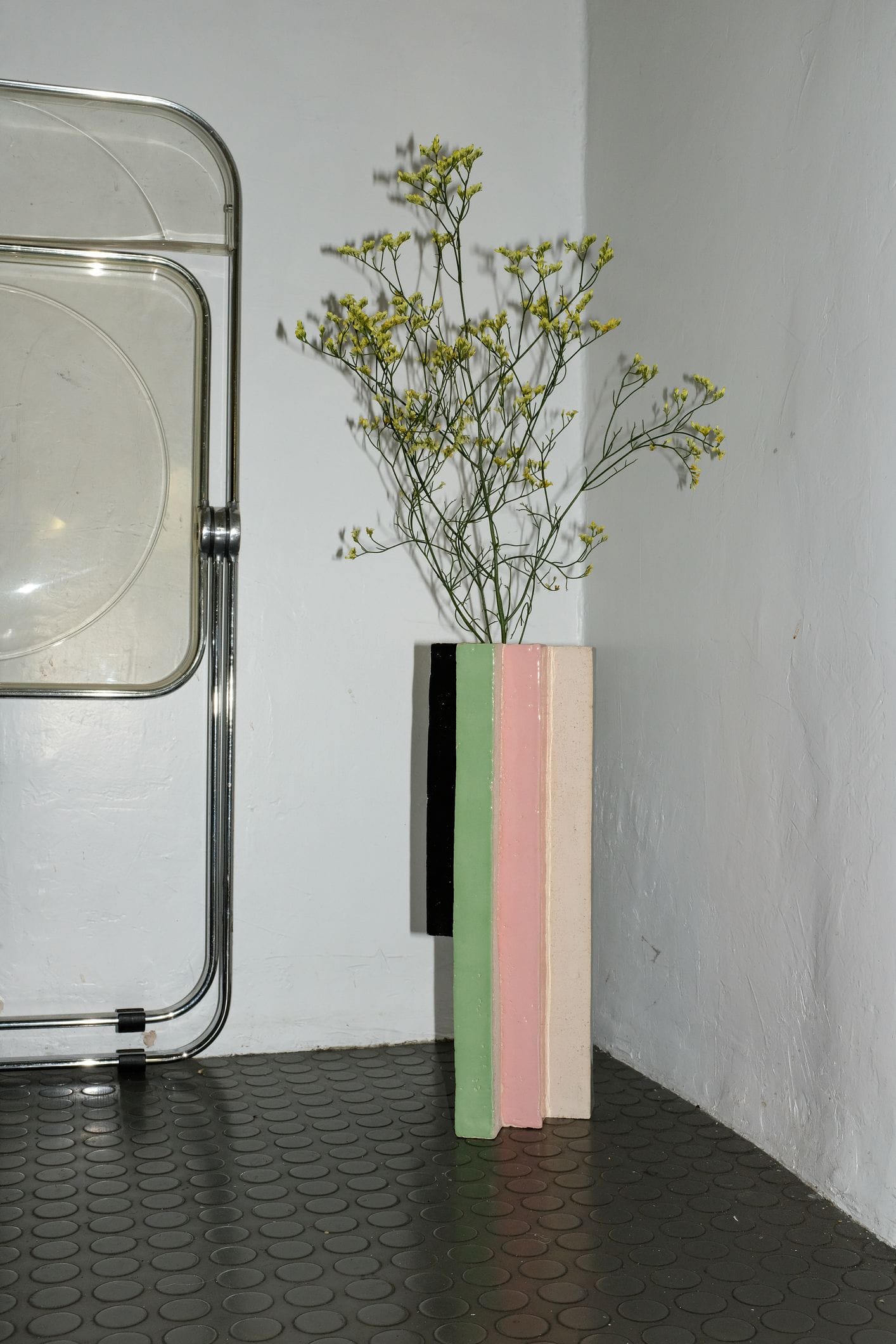 I have never been to New York.  Yet there is probably no other city in the world that fascinates me so much and attracts me so magically. There is no other place I have dreamed of so often. So many things that have shaped me originate in this city, or at least were shaped by it.  The sunlight that is reflected in the glass facades of the skyscrapers during the day, on which neon signs flicker colourfully at night.  And in the streets between the buildings you can find jazz, art and voguing.

My desire for this city is so strong that I want to bundle it into objects.  The Manhattan Series is a group of rhythmically dancing, shrilly colored figures with corners and edges that change their character depending on perspective. They embody the city, because what would the city be without people and buildings.

Manhattan is a new group of works that continues my ongoing exploration of the dialogue between space and colour.  The series of vase objects finds inspiration in archetypal appearances of metropolitan architecture. Bays and recesses in façades that constantly create new spaces of light and shadow, colour surfaces that are in dialogue with each other and, depending on the angle of view, form ever new compositions of harmony and contrast.

All objects are single pieces made of clay, formed by hand and painted in my studio in Kreuzberg.
Manhattan comes in three sizes: Downtown, Midtown and Uptown.